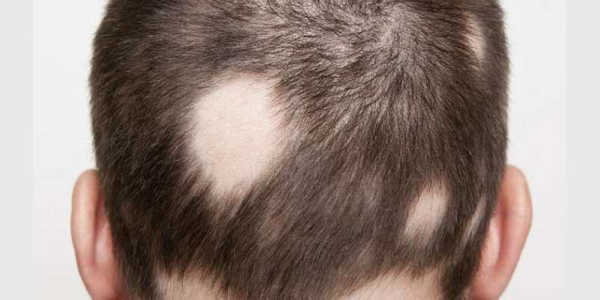 Alopecia Areata is believed to be an autoimmune disease that causes the body&#39;s immune system to attack the hair follicles. White blood cells, so-called T-lymphocytes, attack the hair follicles, causing the hair to stop growing and enter the telogenic phase (resting state). About 3 months later, when the rest phase is over, the hair falls out. The hair can only begin to grow again when the T lymphocytes stop attacking the hair follicles. Alopecia Areata begins as a bare spot about 3 cm in diameter. The disease can affect both men and women and is often experienced for the first time during childhood. According to a US study, a person of a hundred is sometimes affected by alopecia areata during their lifetime. Most people who suffer from the disease lose hair which then grows back, but it is estimated that in about 20% of cases, hair loss will be permanent or recurrent.

There are three different kinds of alopecia;

Alopecia Universalis - All hair on the whole body falls out

The hair can be damaged, consciously or unknowingly in various ways. The two main syndromes are called trichotillomania and traction alopecia.