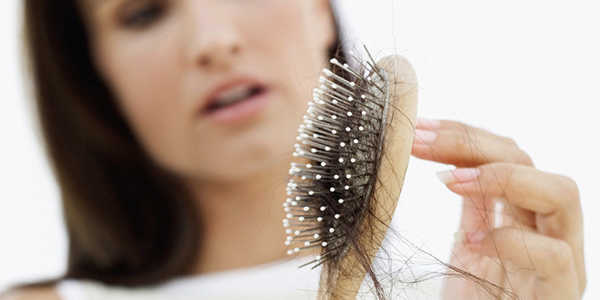 A woman rarely loses all her hair and becomes very rare completely bare in any areas of her head. The typical pattern in women is that the entire top of the head has a more or less evenly distributed thinning of the hair. The hair attachment creeps up into the forehead and a thinning can be seen at the temples of many women.

The quality also radically changes. The hairs become thinner and smoother and lack control. Often the hair becomes flat and weak and starts to grow much slower, especially on the head. One problematic thing that many people encounter is that it becomes harder to style the hair and the hair does not tolerate so much styling products as before.

Female hair loss is usually related to hormones, genes and age. Other causes may be, for example, lack of iron and vitamins, medication and metabolic problems. New moms can sometimes even lose more hair that is considered normal. Even stress can lead to hair loss.

Women have little testosterone in their body compared to a man, but the woman is much more sensitive. A very small amount of DHT in the scalp of women gets a great effect on the growing hair. In addition, women have a hormone content in the body of various hormones that go up and down, both in the short and long term. Birth control pills, menstruation, iron deficiency, pregnancy and menopause. Often, the thyroid gland can also record and affect the growth of the hair cells and lead to thin hair and hair loss.

The woman's hair loss normally affects a larger area and is more diffuse compared to the man's. Despite this, female hair loss can be related to the same factors as in men. Grading and frequency are illustrated in the Ludwig scale on the left.